Set up for the new season with magnesium

During transition, the energy of the close up dry cow is diverted from growing her calf to meeting lactation demands. This burden on her metabolism puts her body under immense stress, making her highly susceptible to health issues such as ketosis and milk fever.

While a percentage of animal health problems are a statistical reality – especially around calving time – those problems can nevertheless be averted or at least minimised. And the good news is that you can do so by drawing from your readily available nutritional arsenal.

“The overall aim is to boost your cow’s immune system,” says SealesWinslow Nutritionist Wendy Morgan. “This gives her the necessary ammunition to fight any infections she may face.”

A good place to start is with a quality transition pellet. It only needs to be offered in small quantities but it’s helpful to get the animal used to pelletised feed, especially if it’ll form part of the post-calving diet. Wendy recommends pellets that contain starches, bypass protein (which allows better utilisation of essential amino acids and results in improved milk production) and, importantly, organic minerals. “These minerals not only boost the immune system but are also passed on to the calf in the colostrum,” she notes.

Only best practice will do for magnesium

A key mineral requirement is magnesium. It’s not well stored in the animal and needs to be provided daily – ideally in different forms during transition, for instance as magnesium oxide and/or magnesium chloride. It will help to combat milk fever when given on its own before calving, and in combination with calcium thereafter.

While magnesium is widely used, studies show that the typical application (i.e. dusting on pasture or adding to drinking water) is often insufficient unless meticulous “best practice” processes are followed.

It’s also important to keep an eye on dosage because in higher concentrations, magnesium quickly becomes unpalatable to cows. “To prevent this you can easily mask the flavour by mixing it with other feed,” suggests Wendy. “That way you can ensure uptake.”

Of course, you can also opt for dehydrated lick blocks such as SealesWinslow Calver Max, supplied by SealesWinslow, which eliminates hassle and guesswork altogether. This is a very convenient option and its effectiveness has been proven during evaluation trials, where animals provided with dehydrated blocks experienced fewer cases of mastitis and less retained placentas. It’s also formulated to deliver better rumen performance and improved appetite post calving, which is important in preventing ketosis. 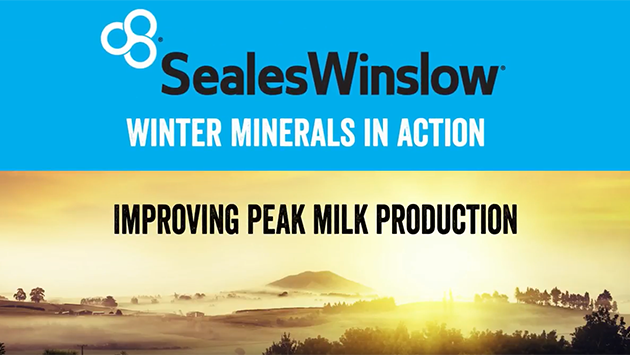 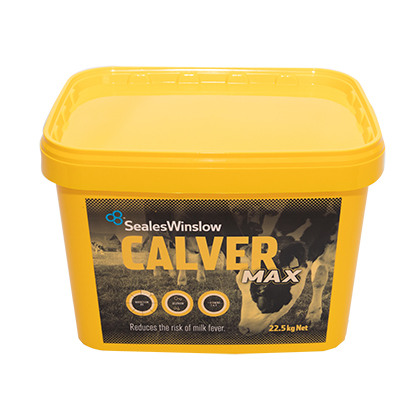 A dehydrated molasses block designed to set cows up for a healthy lactation by replenishing nutrient levels and balancing pasture mineral deficiencies. In particular it helps maintain optimum blood magnesium levels which helps reduce the risk of milk fever.