The first week post calving is arguably the most important for the modern dairy cow. Her performance during this time is a reliable indicator of her capacity for the remaining lactation. In other words, any production losses post calving will be further magnified later on!

For the cow to transition smoothly from a “dry” state into full lactation she needs a balanced mineral intake and sufficient feed to prevent weight loss and the health issues that come with it - notably ketosis.

It’s critical that she feeds during calving. If feed is inadequate (either from underfeeding or poor-quality feed), or if the cow does not eat because of other metabolic or calving problems, you quickly run into problems. “Her body responds by mobilising its own fat reserves to make up the deficit,” explains Paul Sharp, SealesWinslow Science Extension Officer.

“But if the deficit is too large, her liver can’t process enough fat into readily metabolisable energy, and ketosis will occur,” he cautions.

The least damaging scenario, subclinical ketosis, will adversely impact the milk production later in the season and cause cycling/reproductive problems. At the clinical end of the scale, the problems typically expand into other metabolic disorders and potentially the death of the animal. With ketosis affecting up to 5% of a herd, this can be a very troubling problem indeed. Reason enough to avoid it. 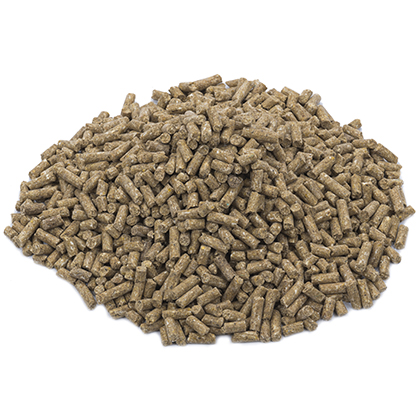 A fully balanced pellet that provides a range of starches with different break down rates. This makes the starch available in the rumen for longer and creates a more stable and efficient environment. The additional energy from bypass fat doesn't interfere with rumen function so it's a safe way to boost dietary energy.