The importance of colostrum for new calves

Giving calves the very best start in life pays off every which way. One of most important success factors is the early feeding of high quality colostrum.

Few people would argue the benefits of colostrum. After all, there’s a world of difference between calves that received high-quality colostrum within their first few hours plus adequate quantities thereafter, and those that miss out.

Its impact cannot be overstated: it delivers essential vitamins, minerals and vital antibodies (immunoglobulins), all of which build immunity to disease and help to minimise health issues. A calf with a strong immune system will have a lower risk of scouring and much better growth overall.

So how do you ensure your calves get the maximum benefit from colostrum? Part of the answer lies in the timeliness of the first feed of colostrum.

Timing is utterly crucial because the calf’s ability to absorb immunoglobulins declines with every hour. In fact, after 24 hours the large immunoglobulin proteins can physically no longer pass through the gut wall. Their main benefit beyond this point is their ability to kill undesirable bacteria in the gut.

Colostrum should therefore be fed as early as possible. Ideally the first feed would be within six hours and the second feed within 12 hours of being born. While this involves regular pick-ups, these are a worthwhile time investment as you can’t depend on the cow supplying her calf with sufficient colostrum.

Aside from timeliness, quantity and quality also play a big role. In terms of quantity it’s suggested that calves receive 10 – 15% of their bodyweight for those two feeds combined.

And as far as quality goes, look no further than the first milking after calving, also called “gold colostrum” – a common term that rightfully suggests its precious attributes. This should not be confused with milk from subsequent milkings which is referred to as “transition milk” (2nd to 8th milking). Due to the lower concentration of antibodies in transition milk, its potency is not comparable to gold colostrum. That said, it is nutritionally far superior to ordinary milk and should be provided as long as it is available..

The use of a refractometer is an invaluable tool for helping to determine the quality of pooled colostrum. It’s inexpensive, very quick and simple to operate and is highly recommended as part of your calf-raising practice as it helps to safeguard the health of your calves.

High quality colostrum is invaluable for combating FPT (failure of passive transfer) – the inadequate absorption of immunoglobulins which leaves calves vulnerable to disease or death. 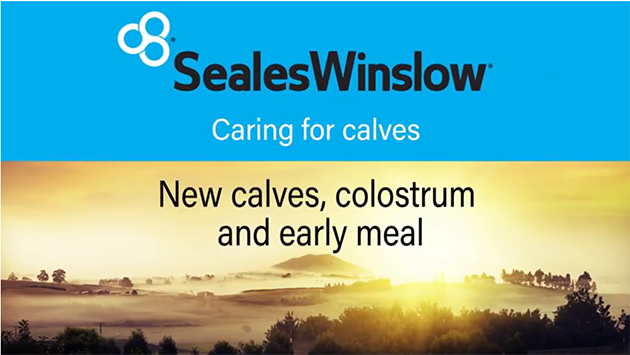